The City of Tel Aviv was originally founded in the 1880s by Jewish immigrants as an alternative to the expensive neighbouring, historic town of Jaffa. Tel Aviv grew and grew, and eventually overtook the Arab dominated town. The two towns became united in the single municipality of Tel Aviv-Yafo in 1950, two years after the establishment of the State of Israel. Tel Aviv is today viewed by many as Israel’s economic capital (Jerusalem is the official capital) and the city lies in the area known internationally as Silicon Wadi. Tel Aviv is also viewed by many to be the country’s cultural capital with a vibrant, European style feel, and a UNESCO World Heritage Status for its Bauhaus architecture. 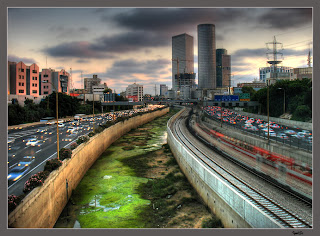 Stockholm is the capital and largest city of Sweden, and consequently the site of the national Swedish government and parliament as well as the official residence of the Swedish monarch. Stockholm has been the political and economic centre of Sweden since the 13th century. Today it is the largest municipality of Sweden, with a population […]