The canal followed the mean-derings of the Krivusha, except near its source in the swamps that had once overspread the upper reaches of the Moika: there it was cut straight through to connect with the latter. After its banks were faced with granite the canal became a useful shipping artery as well as a means of draining the city’s swampy soil. The canal was built under the supervision of the engineers V. Nazimov, I. Borisov and I. Golenishchev-Kutuzov. 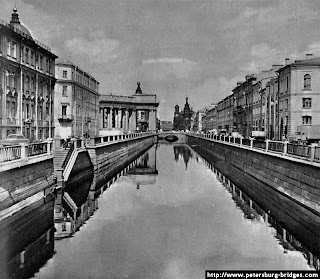 Where the Yekaterininsky Canal cut across Nevsky Prospekt a masonry bridge was built, in 1766. It was named Kazan Bridge, being nearest to the Cathedral of Our Lady of Kazan. As he worked on the project, Illarion Golenishchev-Kutuzov could never have imagined that a monument to his son, Field Marshal Mikhail Illarionovich Golenishchev-Kutuzov, famous Russian soldier and hero of the War of 1812, would be set up seventy years later near his bridge, in front of the cathedral. 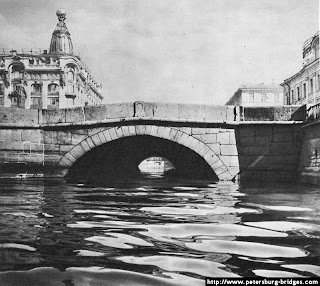 A decade later, in 1766, a second stone bridge spanned the same canal at its intersection with Gorokhovaya Street. The arch of its single span was faced with granite quadrae, the smooth ones alternating with others, hewn on all four sides to resemble a flattened pyramid. This gave what was a relatively modest structure a truly monumental look. 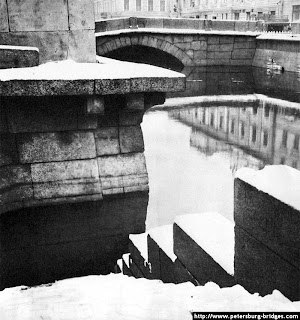 While several stone bridges were built in St. Petersburg during the eighteenth century and in later years, this is the only one that has kept its name of the Stone (Kamenny) Bridge, possibly because it brings out exceptionally strongly the singular beauty of stonework.