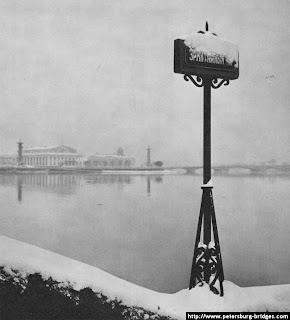 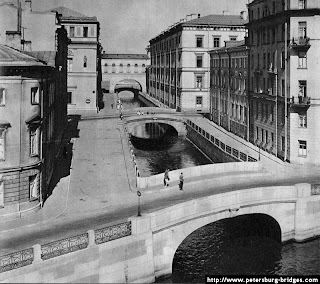 Neither of the palaces survived, but it is to them that the canal owes its name, though after the Post Office moved to Millionnaya Street in its vicinity, in the second half of the eighteenth century, the canal’s embankment came to be known as Post Office (Pochtovaya) Embankment. 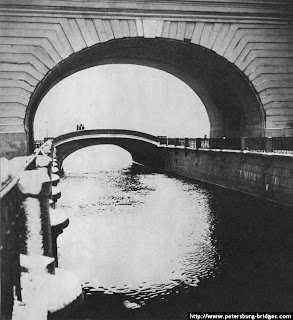 A marble tablet on the wall of the Old Hermitage still carries that name. In 1763-66 a masonry bridge was built across the Winter Canal near its confluence with the Neva and was given the name of Hermitage Bridge. Later, in 1783-84, the banks of the canal were reinforced with granite and finished off with cast-iron railings. Work on the Hermitage theatre, designed by G. Qua-renghi, was then in progress on the left bank of the canal, and an imposing covered overpass was built by Y. Velten to connect the theatre with the Old Hermitage. 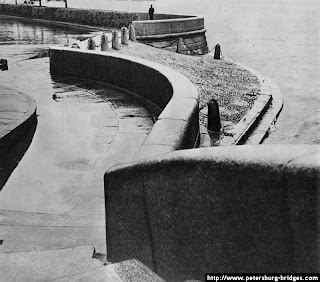 The supporting arch of the overpass and that of the Hermitage Bridge formed a harmonious composition of pleasingly rounded lines. While work on the embankments was still going on, a second granite bridge was built across the Winter Canal at its intersection with Millionnaya Street, and named First Winter Bridge. In the 1760s it used to stand where the Red Canal branched off from the Neva to flow along the western rim of the Fie Id of Mars. In the early 1780s the Red Canal was filled up and the bridge was taken down and set up over the Winter Canal. 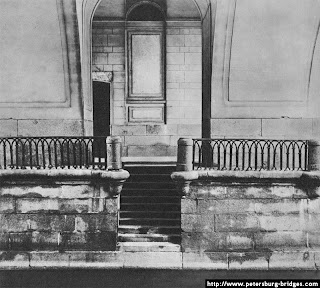 In 1964, nearly two centuries later, still another stone bridge was built over the Winter Canal near the Moika. Actually, the supporting structure of this bridge is a reinforced-concrete vault, which, however, is faced with the same kind of greyish-pink granite as the stone supporting walls of the embankment and the two earlier spans – the Hermitage and First Winter bridges. Architecturally the new Second Winter Bridge is a replica of its predecessors.