In the 1780s work was begun on the granite facing of the embankments of the Fontanka, the widest , and longest southern branch of the Neva delta. In view of the heavy volume of shipping on the Fontanka a number of inclined ramps were constructed on its banks to facilitate the handling of freight. 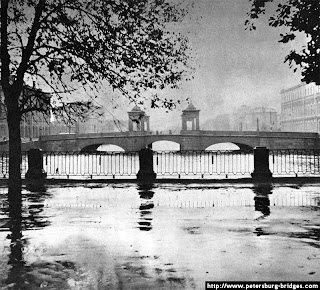 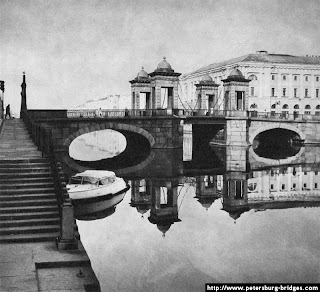 Bridge-building on a serial basis may be said to have been characteristic of St. Petersburg. The principle of standardization was already appreciated by Russian architects in the eighteenth century as being both economical and helpful in giving the rivers and canals of St. Petersburg that aspect of austerity and that unity of composition which became their outstanding architectural feature. 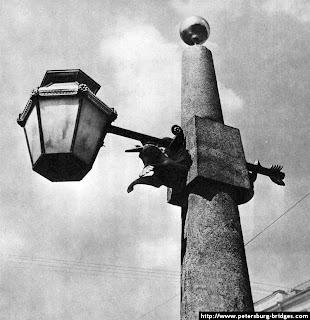 The Lomonosov and Old Kalinkin bridges have fared better than the rest of the seven mentioned, which either have lost their towers (as the Belinsky and Izmailovsky) in the second half of the nineteenth century or were completely rebuilt. 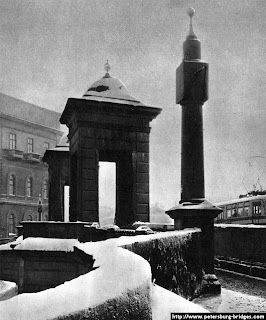 The Old Kalinkin and Lomonosov are among St. Petersburg’s most interesting bridges: their granite towers give them a distinctive appearance, an air reminiscent of the romantic past. 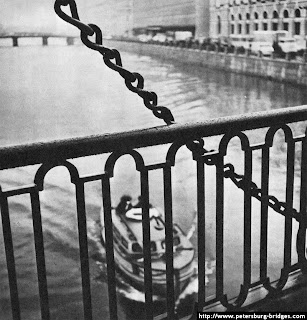 Even so, neither the towers nor the hanging chains serve merely decorative purposes: both bridges were originally built with bascule spans, the towers containing special mechanisms for raising the timber leaves of their central spans to allow the passage of sailing vessels.