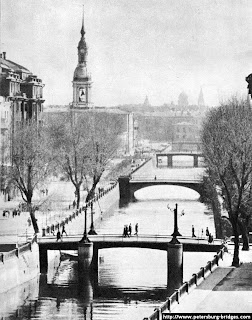 The Kriukov Canal, Kolomna’s eastern boundary, is one of the city’s oldest: its northern section extending from the Neva to the Moika was constructed in 1719. It was named after its building contractor. In the 1780s the canal was extended southward as far as the Fontanka, following an old street, past the belfry of the Nikolsky (St. Nicholas’s) Cathedral. 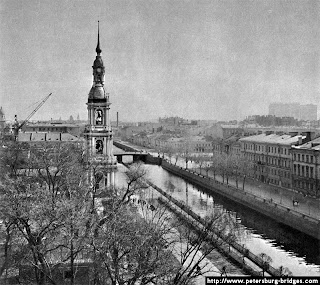 Its banks were walled with granite, and the old wooden bridges began to be replaced with new and more durable structures whose timber beams rested on masonry piers embellished with lamp-posts of graceful design. 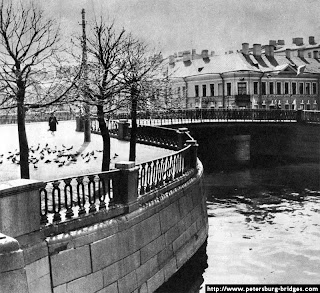 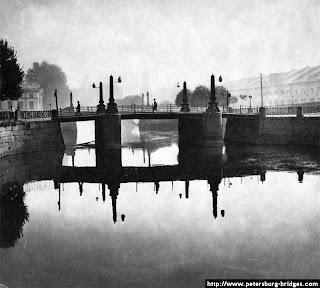 During the current century more durable metal girders were laid on the piers of the Matveyev and Pikalov Bridges, but the general lines of both remained practically unchanged and the old lamp-posts were retained. Those on the Pikalov Bridge are particularly striking, built in the shape of graceful obelisks of granite. 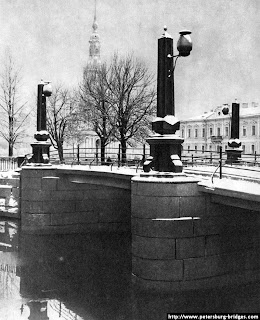 In the late eighteenth and early nineteenth centuries five new triple-span bridges appeared on the Kriu-kov Canal, similar in composition and design to the earlier two. All five were rebuilt considerably later, steel girders replacing the timber beams of the Decembrists’ (former Officers’), Torgovy, Old Nikolsky and Smezhny Bridges. 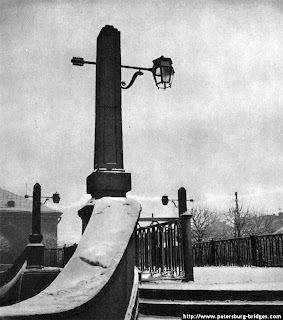 As to the Kashin Bridge, it was completely reconstructed in 1932; now it has a single arch of reinforced concrete, whose flowing contours set off the swift upward thrust of the St. Nicholas’s Cathedral belfry. 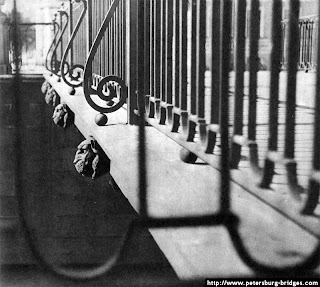 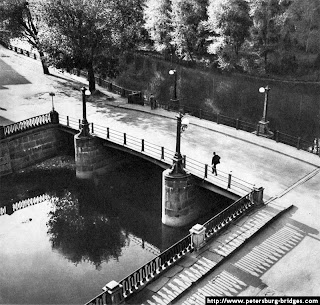 The fine lines of the new bridges and their architectural finish faithfully done in the “Old St. Petersburg” style helped integrate them unobtrusively in the general architectural scheme of Old Kolomna.